* In case of any delay in receiving the OTP, you may verify it later. Please proceed without verification.

Idar is a ancient town in North Gujarat which was founded in the year 1200 A.D. Thus, this place is associated with extensive history. Idar is also mentioned in Bhavishottar Puran and Mahabharata as 'Ilvadurg'. This town seems to come into existence when Hastinapur was ruled by Yudhishtira at the end of the Kurukshetra War. 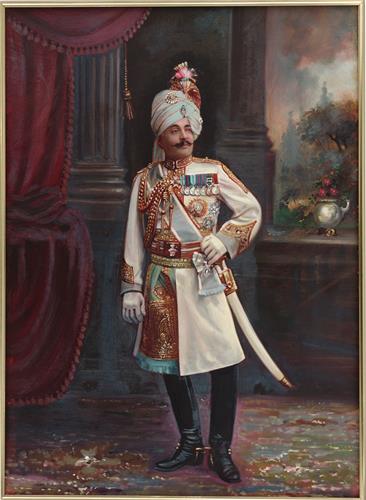 Formerly, Idar was in the possession of Bhils. Maitraka king Shiladitya lost Vallabhi in 770. At this particular time, Pushpavati or Kamlavati, one of his wives was at Ambaji to fulfil a vow.  When she heard the news of fall of Vallabhi, she took refuge in a cave nearby .Here she  gave birth to a son who was named Gruhaditya or 'Goha' which also means cave-born. The queen handed over the child to a Brahmin woman, who brought him up. This daring and great young prince was the chosen as king of Bhils. His generations ruled Idar for several years and it ended with Nagaditya or Aparajita who was the eighth prince and was killed by enemies. His son known as Bappa Rawal never succeeded his father's throne, but he founded Mewar dynasty.

Vadali, a small village near Idar is said to be ruled by descendants of Raja Bhara Gupta, who is believed to be the same as Bappa Rawal who is mentioned above. Parihar Rajputs refounded Idar and ruled there for several generations. Towards the end of the 12th century, the Idar chief took part in the Battles of Tarain with Prithviraj Chauhan who was the king of Delhi, against the Ghurid Sultanate. He was killed in this war after which Idar was conquered by Hathi Sora, a Koli who was succeeded by his son Samalio. A Rathod prince named Sonangji killed Samalio and took over Idar. He founded the  Rao dynasty and ruled Idar for several generations. The Raos had many struggles and finally in 1728 they were succeeded by the Rathod dynasty from Marwar.

Idar was founded by Raja Anand Singh and his brother Rai Singh , along with few horsemen from Palanpur in 1200 AD. The  establishment of this city was easier due to the help from Kolis of Gadwara. Its founder, Raja Anand Singh died in 1753.

Idar being founded in the 1200 AD, it has a extensive history of being ruled by rathores and ultimately turning into a princely area during British rule. Idar which was ruled by Rathore Rajputs was integrated into the Western India States Agency in the year 1924 followed by its merger into Rajputana States which was done in the 1940’s. In 1949, this city was dissolved and was parted between Mehsana district and the Sabar Kantha district. These district were a part of Bombay then. Finally, the State of Gujarat was formed in 1960 and Idar became a part of Gujarat.

As the Rathores ruled Idar,  its thus of the same lineage as the Ruler of Jodhpur. Son of Ajit Singh of Jodhpur was the first Maharaja of Idar. The chronology of rulers that ruled Idar are given below

The Rajas of Idar are as follows

Some of the Rajas did some terrific work during their lifetime and they were known for their chivalry. Thus they were called Maharajas.The Maharajas of Idar are as follows:

So many ruler and so many dynasties. A place with such extensive history is a delight to explore. you cannot miss to see this place in case you are travelling in Gujarat.

Comments / Discussion Board - History of Idar